OK I feel guilty.
This blog earned the attention of some regular readers because it chronicled the making of some interesting stuff. Some of these readers, I know, check in from time to time hoping that I have some project- preferably related to boat building or sailing-something anyway to give them a creative fix because they are stuck in an office somewhere or because maybe one day I'll make that thing that they always wanted to make, but can only dream about  because of present, pressing circumstances.

Or maybe my hopeless restlessness rang a chord in them somehow, or maybe the TV is just too boring.

But since I retired I've tried to give myself some time and space just to recover from a twenty year business trip, and my creative energy is pretty much taken by my very late attempts to learn a bit of guitar. I always said that one of the attractions of this is that being really, totally rubbish at something at my time of life is very healthy for the ego. If you work hard in life you generally find a bit of respect somewhere from something that you've done, and it is easy just to keep doing the thing that creates the respect. That's normal.

But learning something really hard is a wonderful way of reinventing the ageing brain; creating a few feral synapses and putting a life's work in perspective.

I haven't written about these things because I feel like a fraud. You check into the Middlething and you expect the writer to say something that makes some kind of sense. No-one wants to hear about some old guy struggling with music theory and fingers that have their own theories about how a chord ought to be shaped. 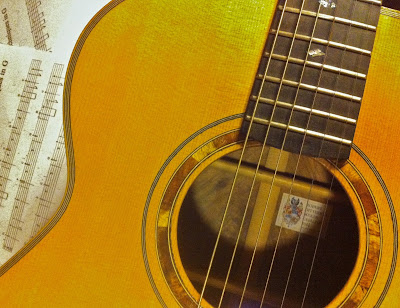 It has been a couple of years now, and I have to report that I'll need quite a few more to do anything worthwhile. I'm taking lessons and working quite hard at things but there is no escaping the fact that this is a whole new discipline- a new language and it needs a new vocabulary of the mind and hands.

I love what my hands have done for me. But I'm asking them to do a totally new bunch of things now, and they aren't always grateful.  I look at them, and I think of all the cast-iron, rock-solid excuses I've had since I was a kid, as to why I couldn't or shouldn't learn an instrument, and they no longer wash.

It is a really beautiful thing to aspire to and leaving it so late is an inconvenience, but I know I'll feel more relaxed about my life if I continue to reject the excuses and just knuckle down.

I feel positively embarrassed that I didn't do this fifty years ago. I love music so much, and I've spent so much time with musical people, but I only ever understood it from the craftsman's point of view, not the musicians.

I'm mature enough now to accept that the attempt will be enough, if I persist. I don't harbour any illusions about becoming competent or performing or getting respect from this. But I will  increase my musicality, I will understand the nature of music better, and I do love the process of training my brain in a new way.

The nature of learning is wonderful in itself to ponder. The processes that I need to go through in order to learn a piece are mind-boggling when I consider how much I could do with a piece of wood or a word processor in the same amount of time. And it is quite interesting that I feel that way, because I am becoming more than slightly aware of the limits of time and the finite nature of possibility as I age.

Posted by robert.ditterich at 6:05 AM 13 comments:

Email ThisBlogThis!Share to TwitterShare to FacebookShare to Pinterest
Labels: music 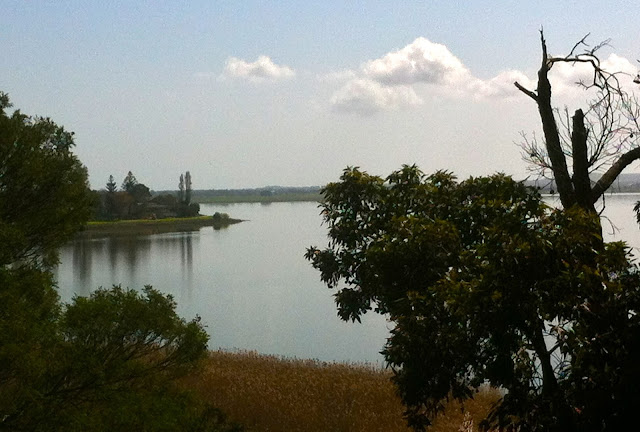 For years I had hoped to sail Lake Colac. It is the biggest body of water inland from home, and inland sailing has its own special feeling.

We have had lunches overlooking this lake since the 1970's, but it wasn't until I started to build a sailing boat that the lake began to dry up.

Over years of drought it finally became a paddock, a field, a grassy plain. The local sailing club take their boats to a smaller, more distant volcanic lake for their races.

In the time since it disappeared I've even built a second boat, and over the last year or two the lake has started to fill again, but I still lie in wait for solid Spring rains to bring the edge of the water up to the level of the launching ramps and jetties.

Once again, it looks tantalising, but there is no room yet for a centre-board.

Posted by robert.ditterich at 2:58 AM 13 comments: