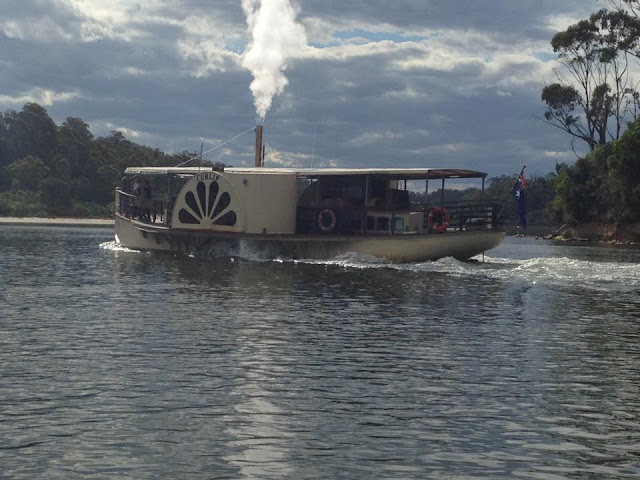 The story of East Gippsland is inevitably linked to waterways as the country was so remote and the roads so poor in the early days of development, the lakes and rivers became the arteries for supply and export, transport and fishing. The advent of steam on the water pre-dated the arrival of railways and  the names of many steamers still resound in local lore.

This boat, the Curlip has a wonderful, if more modern story too as a replica of the type in general and one boat in particular that ran the great Snowy River that flows into the sea near Marlo, a little town in the very north eastern corner of Victoria.

If there is interest I have a link to more of her story, or I could write more, but this post is just about the trip that she undertook from Marlo, out through the heads of the Snowy, down the coast and in through the Entrance of the Gippsland Lakes, stopping at Kalimna for fuel and water, and then onto Paynesville where she will be restored for tourist use by an enthusiastic group of boat lovers. 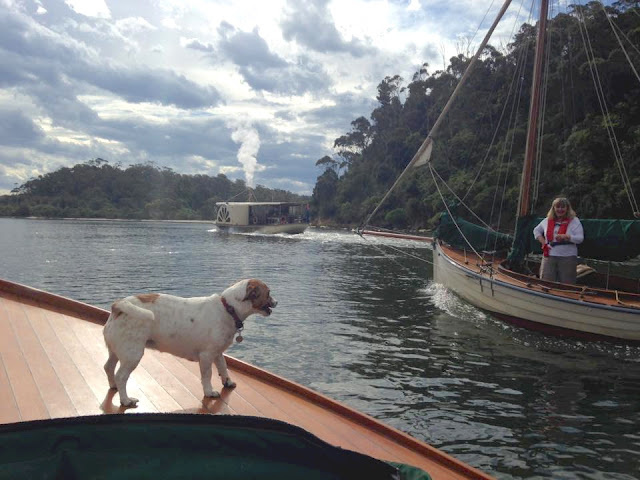 Along with a small group of small boats we were able to help provide a welcoming escort from Kalimna to Metung, after the big Police boat and Coast Guard boats left her at Kalimna
jetty. 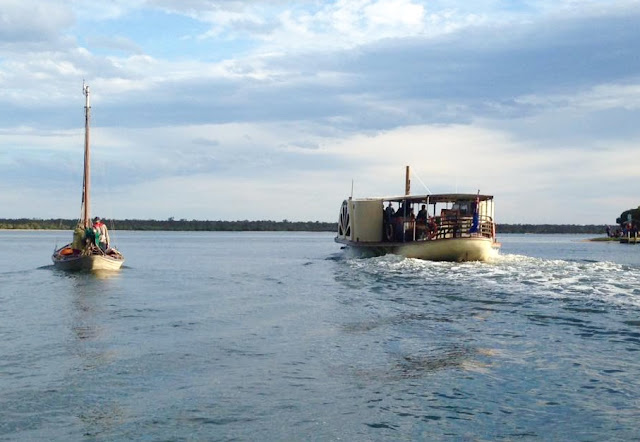 I'm sure these two boats were aware that they shared a certain type of backside...although beachcomber's is much more petite.. 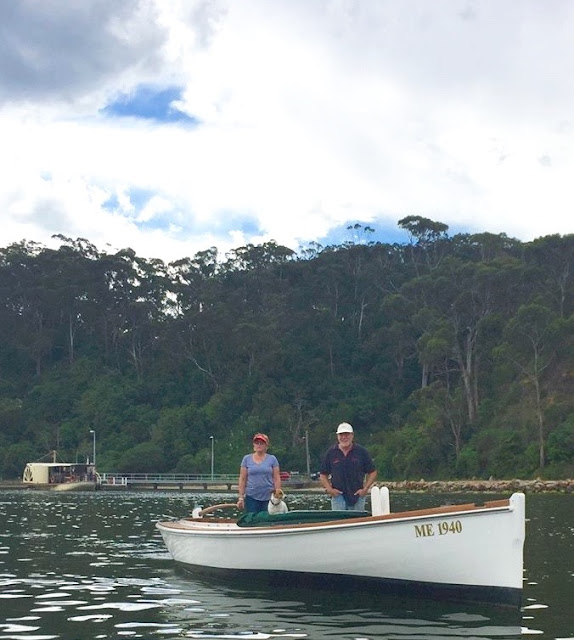 Our lovely friends in Badger, (a traditional Lakes fishing boat) were there with us and we spent some some time rafted up together fortifying ourselves with a beverage while Curlip was filled with water from two loads from a local fire appliance.

Posted by robert.ditterich at 4:11 PM No comments:

While boats are in the background of this story, it is a very coastal type of tale and worth a read if you have avoided it for all these years...

Ross Poldark by Winston Graham
My rating: 5 of 5 stars

Re-reading this book after 40 years and having seen two versions on television, I wasn't expecting to be deeply engaged, but what I had forgotten- and what you don't get in a filmed interpretation- is the wonderful quality of the author's writing and the sensitivity of his observation.

It is still a ripping tale about the lives of folk in various classes in Cornwall during the late 18th Century but it is also a timeless tale about moments and interactions which resound with our own experiences of living.

The last four paragraphs of this novel are surely as perfect a conclusion as it is possible to write.

Posted by robert.ditterich at 11:17 PM No comments: 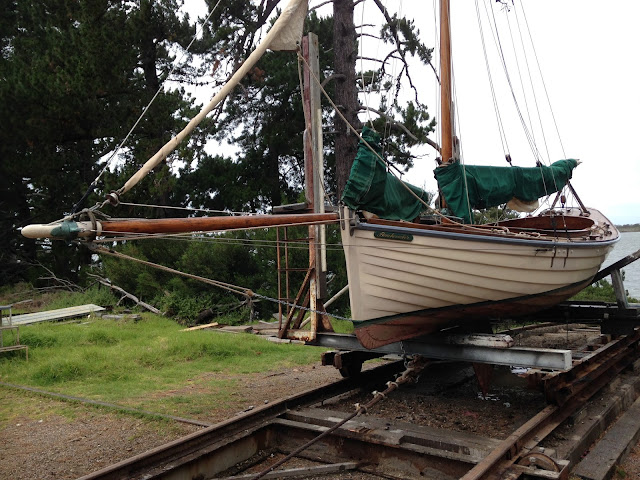 Bury's slipway near Nungurner- a short boat ride from home- is a local institution, and although the facilities are old and a bit time-worn, they still provide good service.

Beachcomber really needed her antifouling and hull clean this year, with barnacles so thick on the prop it resembled a bowl of very chunky museli. Progress under power was very slow indeed.

Posted by robert.ditterich at 1:19 AM 2 comments: