you say lapstrake, we say clinker


Our little clinker dinghy is finally back in the water, after months on blocks at the shed being attended to intermittently between house renovations and other duties. The antifouling is to allow her to stay in the water at the jetty- she is longer and heavier than most modern tenders. 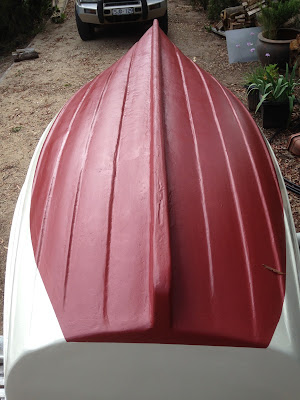 Below, a new (old timber)Kauri breasthook and various grafts to replace rotten inwales made for a solid structure again, but over 80years of weathering meant that the strakes were never going to look really tidy without a total rebuild, and that was not my intention. 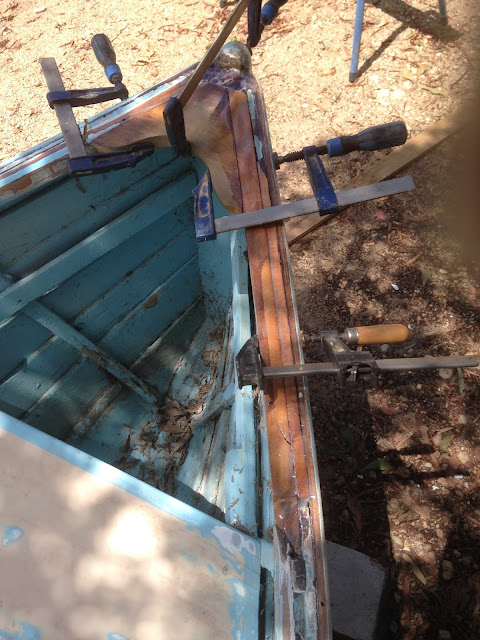 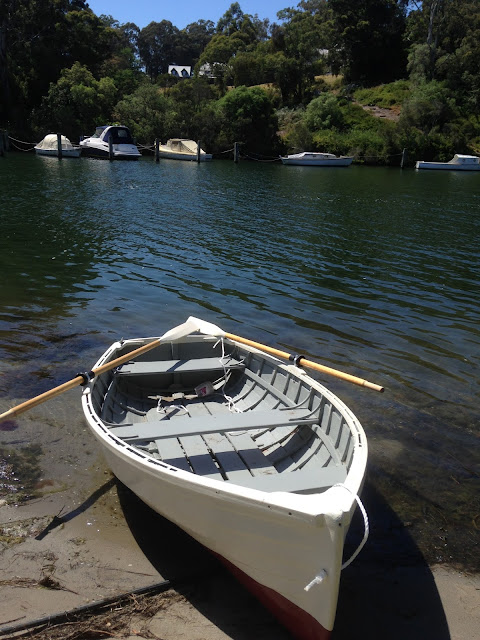 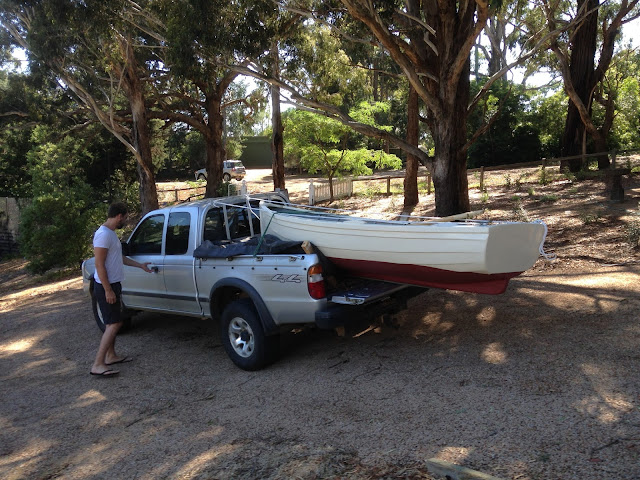 You can see she is not exactly a car-topper, but this arrangement did just fine for the short run to the creek. 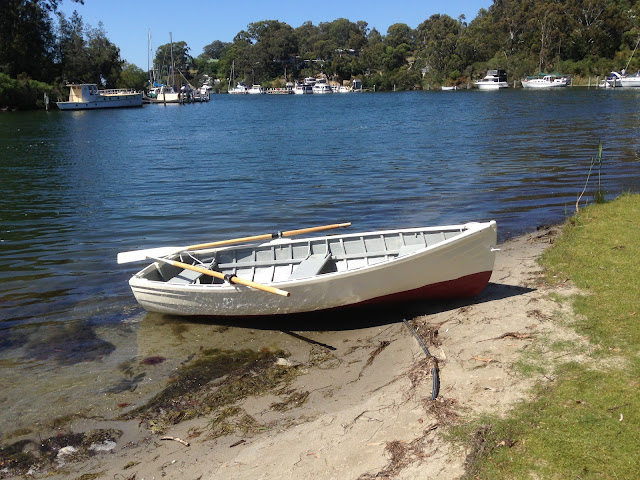 It was a bit of a shock to find she tracked so straight and rowed so well, despite the cheap oars and rowlocks, and she has given us hours of simple pleasure already. In a previous post I may have mentioned her previous lives, including as the net transporter from fishing boat to the shore just over the creek from our house in the early parts of the 20th Century. I really love to have utilitarian objects that have their own stories. 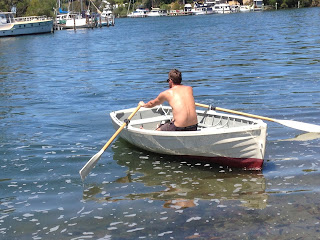 Posted by robert.ditterich at 7:31 PM No comments: