the hubris of assumptions; reservations about our attitudes on ANZAC day 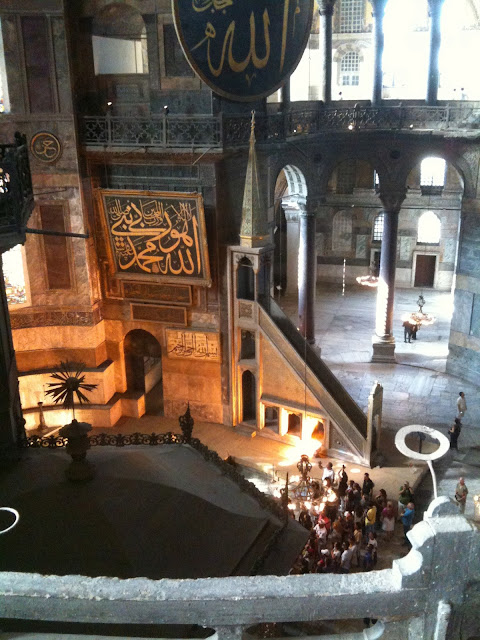 This is the building that I loved most in my travels (so far),  Hagia Sophia in Istanbul. It has meant different things to those under the leadership of several empires, inspired by both Christ and Mohamed, but all who stand in it feel the insubstantiality of their humanity and the ephemeral nature of their existence, because it conjures within us the scale of the spheres, and the forces beyond us.

This self-conscious manipulation of us, the common folk by the rulers and regulators, encourages an assumption that, because we have become so grand, we are right. And yet empires fade and paradigms change, and ordinary people want the same things they always did; food, shelter and safety for the children.

April 25th here is Anzac day, a day of remembrance for the soldiers from Australia and New Zealand who joined various struggles. I fear that it may become another media festival of self-congratulation and jingoism. Platitudes and simple explanations do nothing to underpin the service and loss of so many people in the past century.

These days of remembrance used to be rather sombre, quiet affairs. Most returned servicemen said very little about their experiences, except perhaps to each other as they marked another year in the absence of their friends, but in the guilty presence of the remainder who dealt as well as possible with the realities of having been the agents for all the things they had been brought up to abhor. Some families, such as mine, had nothing to do with the remembrance days, despite the family lives that were lost.

Ironically, because so little was said, generations of us grew up not really knowing much about the grisly realities faced by our forebears. Of course, a thirst for the truth followed, and history is the richer for the curiosity that poured from that.

But media and politics combined  have a bad habit of taking deeply held feelings and turning them into myths and national identities, and these breed simplistic self-congratulatory explanations that do no service at all to the dead. Along comes hubris, and the assumptions that our way is always the right way. I've seen this now in the last days of the British Empire, the Japanese Empire, the German Third Reich, The United Soviet Republic, and we are beginning to see it in the US of A. I won't live long enough to see the end of the next world power, but someone will. And along the way, millions of people will probably suffer all over again for exactly the same reasons that they always have- that exceptionalist belief  and that certitude.

I hope one day Anzac Day can again become a quiet day to reflect, remember, mourn and pay respect, without flag-waving and nation-building.
Posted by robert.ditterich at 5:26 AM 4 comments:

Annie gets her run 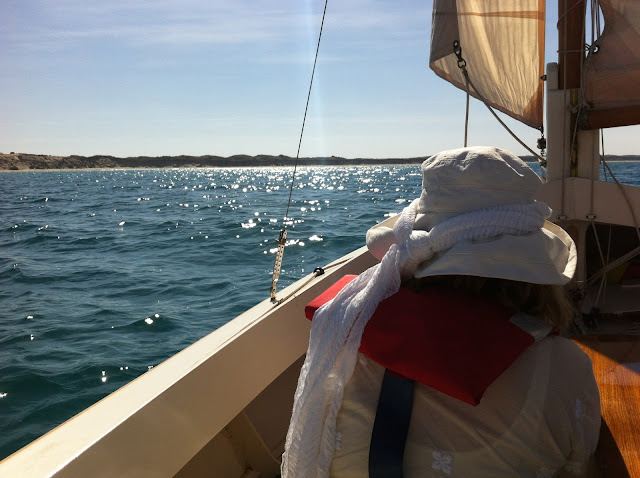 After years of regular visiting, we found ourselves for the first time at Port Fairy with a boat and with perfect sailing weather for a morning. The Port itself has a good collection of permanently berthed boats, and they are arranged artfully along the edges of the Moyne River. Access to the great Sothern Ocean and the little protected harbour is through a meandering channel. It is a very attractive stretch of coast, but it can blow very rough when it gets excited. 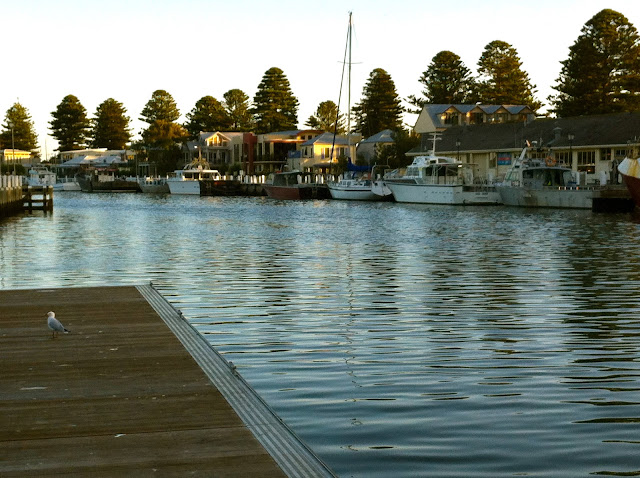 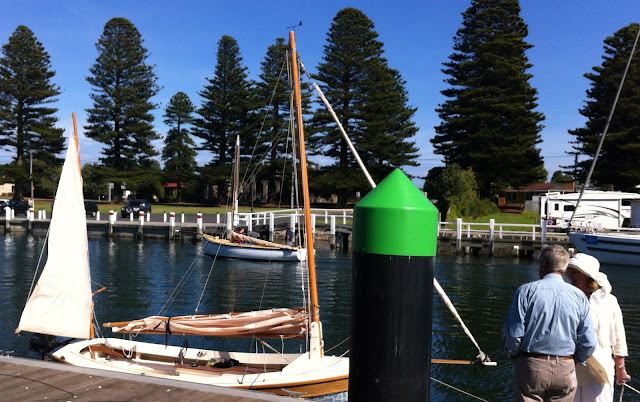 The waiting bays at the ramp were full of empty trailers apparently because Tuna were running and every fisherman in the Southern Hemisphere was out for the kill. Above, a local couta boat is taking a more leisurely approach to the tuna drama and was observed merely trailing a few lines for an hour or two.

One of the famous rock formations along the Great Ocean Road, these cliffs stoically resist the thrust of Earth's largest mass of water, keeping the the sea from pushing our dry continent upwards into Asia.
Posted by robert.ditterich at 6:39 PM 2 comments: 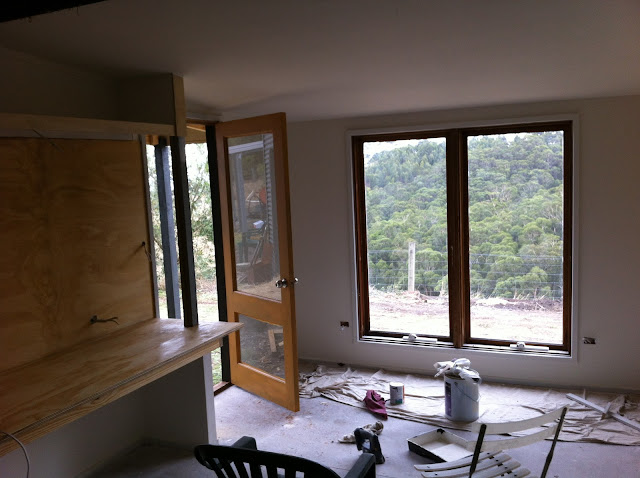 How do you go about making space for your head? My efforts so far leave me wondering how the heck I ever built a whole house. The big structure is a cinch, but the details go on for ever. My friend Dale recently surmised that this space is an adaption of the one I work from in town at present. He was so right.

I took the 'sitting bench' which houses my most fine hand tools, and measured the gap between it and the 'standing bench' upon which I lay out problems and hold them in vises while I knock the negatives out of them. This gap became the central parameter for designing the room, perhaps as you would consider designing a kitchen. The new space opens onto my machine shop, which isn't insulated or lined, but is big. It also opens onto another little space which may become a storage area, or maybe sharpening centre for tool maintenance.

The gap between the two benches also allows room for a couple of guitars and even amps, so that I can make noise without using woodworking machines. I'm having such fun learning guitar, but it is something I need to do without inflicting myself on my better half....well at least until I can say something musical.
Posted by robert.ditterich at 1:43 AM 4 comments: