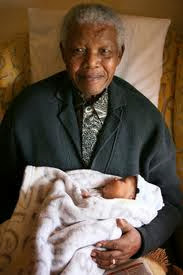 I've always been uncomfortable with the idea of human 'stars'- the heroes that we worship as compliant populations looking up to winners and high achievers. It always seemed hollow to me to worship an ideal personified in a media-prepared persona, when every one of us can be a hero simply  by being decent and generous, and doing something more than simply acting out of self-interest. Partly, if I'm honest, this view is probably born out of feelings of inadequacy in the face of some issues, and my total impotence in making any meaningful difference in my own life of work, but I guess I'm not alone in that.

Beyond all that complicated stuff there were a couple of people who I believe made a real difference in ways that mattered to me, and now they are all dead. Mandela, Gandhi and Martin Luther King were my only real heroes, but I struggle not to include John Lennon in that group for a bunch of more complicated, less humanitarian and more cultural reasons.

All were incomplete people by some measures, and all had their limitations, but all of them were able to take their abilities and press into the world a view that brought a measure of dignity to us all. All but Lennon came from the 'wrong' side of the colonial world view.

My most treasured memory of school is my year twelve Social Studies and Australian History teacher from the late 1960's, Vince D'Cruz, a man of colour who grew up in South Africa. He introduced to us (a bunch of privileged white kids), a view of the world in which humanity knew no colour, and in which a post-colonial world seemed possible and desirable. He helped us understand that our Western view of the world was not the only way to move forward, and he told us a few home truths about living as an outsider in a world that held so tightly to the narrow view that we were used to.

In a sense, he remains a real hero to me because I knew him, and I felt the benefit of his perspective and his teaching. But he also introduced our cohort to the personalities that I now regard as the transformative ones of the last century, and I have felt more whole all my adult life because of his fine teaching. So I was blessed early with a love for Gandhi's passive resistance to oppression, to King's inspirational big-picture dream of fellowship amongst peoples, and later, Mandela's supreme capacity to move beyond retribution and punishment in facing his people's oppression.

None of the attributes that I value in these people have anything to do with the acquisition of wealth or power.

I wonder who can stand up to fill this latest void? Big shoes indeed.

I have been somewhat puzzled by the number of hits this post has been getting over the last month -it is about 6000- and at least 100 hits per day. (now, in Sept, the total is more than 12,000) I would be very glad to hear from anyone who can explain the sudden interest in it. I am, of course, imagining a very determined child with a compulsive desire to keep hitting the page load button.

Posted by robert.ditterich at 12:50 AM 7 comments: