plumb from plum...a bob for Bob 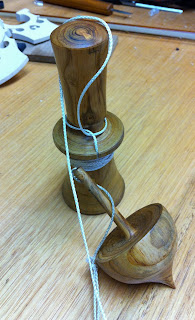 The very Bryan that featured here a little while ago turned up on Saturday with a small bag in hand, saying apologetically that he recalled from a previous conversation that I had been known to hang a nut from a piece of string to find a plumb line, and he just couldn't bear it so he made me a bob from plum wood because it seemed to make a sort of visual sense to play with a pun and kit me out with a proper tool at the same time. I think I had told him that my first job on a metal lathe decades ago at Art school was a steel plumb bob, but it had been stolen in the years since. I don't think I mentioned to him that I had since bought a commercial brass one, which does a tolerable job of pointing a string towards the centre of the earth...I may have given him the grubby impression that I was a wanton sort of layabout fellow who picks up any old nut and attaches it without due regard to art, simply to a piece of string and makes a very un-artful sort of perpendicular...and he'd have been right from time to time in getting that impression.

Such is the generosity of the man that I now feel treated and lucky and naughty all at the same time. That's a good feeling when you've done no-one any harm.
The bob itself is from plum tree wood, but the spool is from nectarine, and he went to the trouble of shaping the bob in a salty sort of way- a smooth old-fashioned pair of bilges leading down to the keel that will point towards our Earthly centre. If given the chance to dangle.

In doing that he turned a line on the lathe that is the symbol of the things I care about most mystically...he described intuitively a reflex curve. This curve is at the heart of the violin family of shapes, and it is presented in details taken from all sorts of angles. It is the reconciliation of opposites, the seemless transition from concave to convex, from exterior to interior, aggressive to receptive. From Yin to Yang, from hard to soft. This curve has the capacity to create great visual energy, and it describes a much more satisfying way to get from A to B than simply going forward. It describes my feeble attempts to go from learning to expression, and from assimilation to reconciliation, and from contemplation to growth.
It is also commonly expressed on beautiful hulls. The energy in the line occurs most forcibly when the point of change in the transition is not discernible.
Yes, I know, it is not normal to have such complex feelings about lines. But when have I ever claimed to be normal?
Posted by robert.ditterich at 2:17 AM 5 comments: 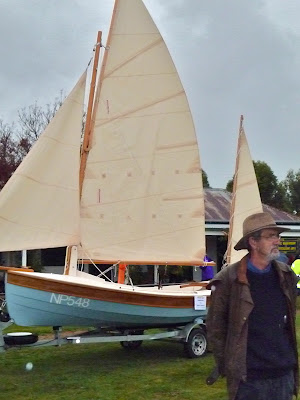 Sometimes a man learns from the most improbable things. The pic above is of Annie on display at our local community festival- an event normally about land-locked things, with an emphasis on local produce and skills. I was asked to display her by a desperate organiser, and I complied largely because I feel that I do so little for what is a wonderful country community with a real spirit.

Of course it rained most of the day, but there was no wind so Annie was never tempted to run away on her trailer. I was amazed at the interest shown in her, and it did add something unusual to a rural event I suppose.
The purpose of this story is to reveal some failures of my electric propulsion system, and to illustrate just how capable I am of making wrong assumptions. The sailing prior to this had led me to assume that I couldn't run the electric motor at full speed for long, and I assumed that was part of the nature of the beast- the cut-out would break the circuit if I got too enthusiastic, so I took that more as a consequence of my behaviour than as one of a system failure...but then the next time out we smelt that horrid smell of cooking plastic, and the speed controller failed, looking like a burnt sausage in the process.
I replaced the unit, but in doing so I realized that little thing that a clever person would have considered weeks ago- that in triple insulating the speed-controller under the deck, I had made it impossible for any moisture that might weedle its way into the switch via the shaft from the normally dry deck, to escape. That moisture just sat there braising the unit every time it was used. That rainy day at the local festival had been my un-doing. So hell-bent had I been to avoid the great briny from soaking my electro-bits, I had over-looked the more common (and obvious) hazards of precipitation.
I have since installed the little dear into a small box mounted on the motor hatch, with the knob protected from the weather. I hope that sorts it.
Posted by robert.ditterich at 5:42 PM 2 comments:

lines and shapes from a friend's workshop 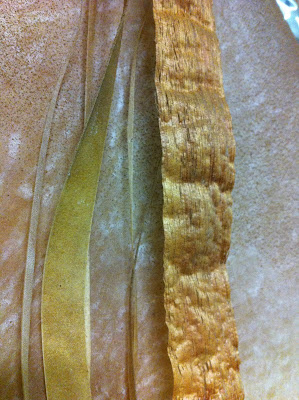 Bryan is the finest craftsman I've met and I'm proud to call him a friend. He began as a pattern-maker in his youth and the precision learnt then has informed all his work since, but it has been tempered by a keen relationship with the natural world- on and off the water, and a complex modern spirituality born of art and anchored in humility. This is just a little taste of some of the textures of his inner sanctum- a place where nothing is ever wasted and everything holds a possibility. 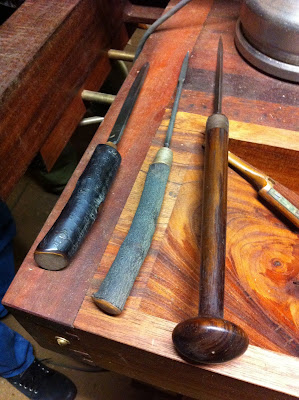 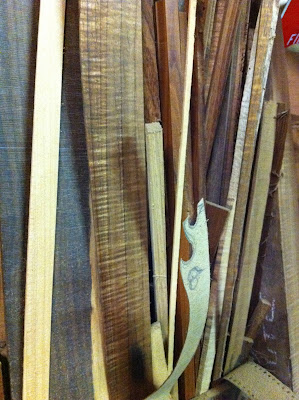 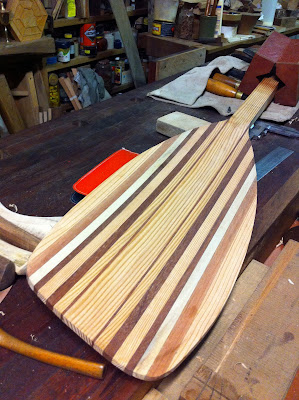 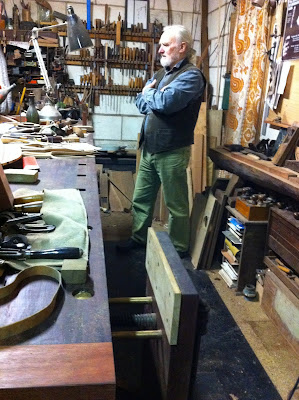 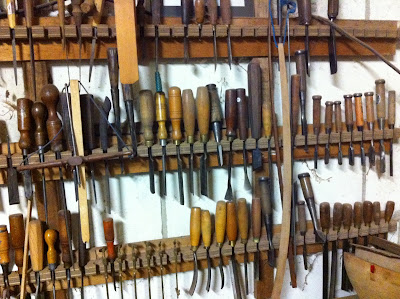 Posted by robert.ditterich at 6:43 PM 2 comments:

the brain has to retain what lingers in the fingers 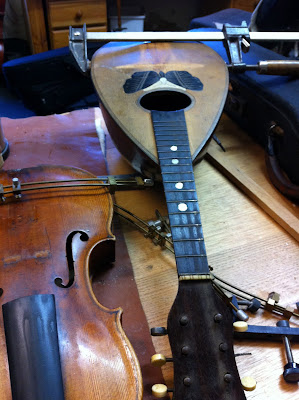 In the picture above, an old Italian mandolin has begun its little transition from forgotten, neglected migrant artefact, to a playable addition to the self-imposed nudges at the edges of my comfort zone. I bought it for me, and I will enjoy the restoration, but in truth there are other members of my family much more likely to bring it into song. I think that I'm probably too lazy to make the tunes linger in the fingers long enough to out-pace my declining memory cells....The rosette has been re-fitted, and a couple of major belly cracks have been sorted so far. It was made in 1916- a tragic year- and it came to me in a homemade serge bag. I suspect it is made from 'great coat' fabric from the Italian army. I sometimes wonder what it might have seen and heard. 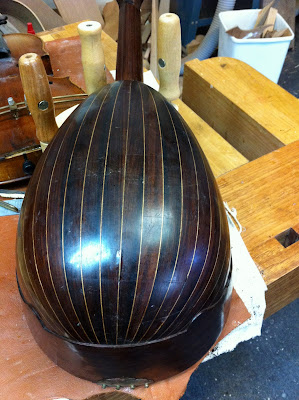 Nobody will be surprised to learn that this (above) was the view that caused me to want this mandolin... 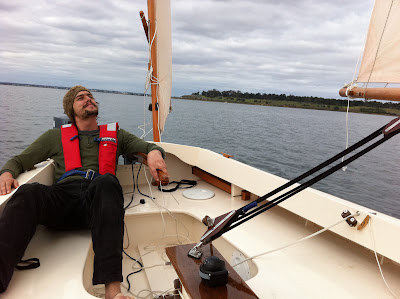 Same mill pond, different son. You can see we really struggled on Friday. We have had many days of very light breezes, and while they don't make for exhilarating sailing, they do make for some placid, beautiful moments.
Posted by robert.ditterich at 8:12 PM 5 comments: