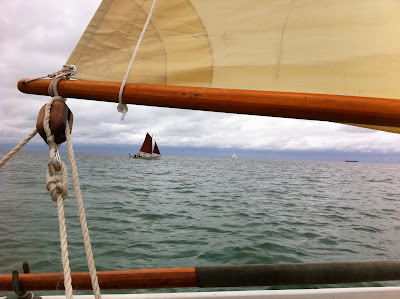 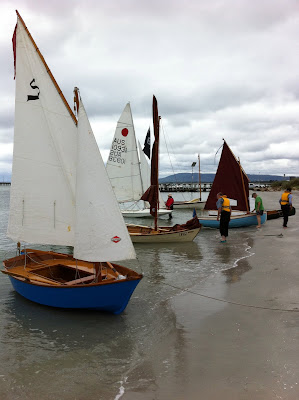 A Scruffy, a sharpie, the club's Oughtred dinghy, a racing 'fireball', a 1952 canoe, and the Tammie Norrie. 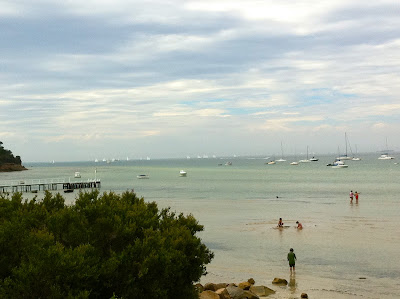 The week-end saw us drive the perimeter of Port Phillip, beginning with a drive to Queenscliff, the car ferry over to Sorrento, a picnic at Point Nepean (the old Quarantine Station, and later Army Barracks and Officer Training Facility) and then a lovely afternoon spent on Rye beach with some members of the Wooden Boat Association, and half a dozen of their boats. This was a very relaxing time with gentle breezes, pleasant water and very good company.

Of course I couldn't help pointing the camera at everything that looked like it would float, and some of these will appear on Page Three Boat Pics and this blog over the next little while. 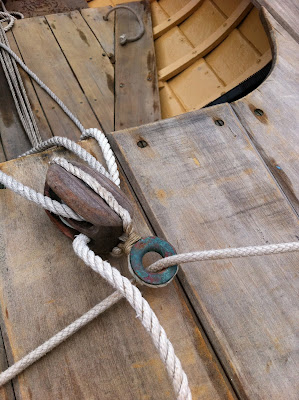 The above pic is a detail of a NZ Kauri Pine clinker dinghy thought to be about 100 years old and restored by Wayne Parr, shipwright at Woodenboatshop Sorrento Victoria. It has a single lug sail and has been nicely restored to an un-glamourised working condition.
Posted by robert.ditterich at 2:06 PM No comments: 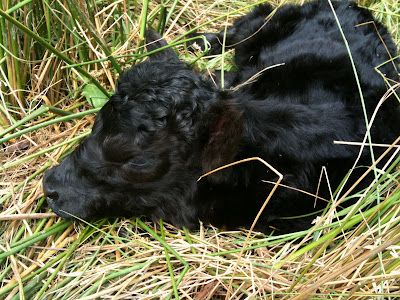 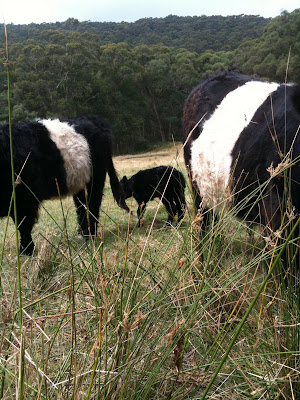 Angelique, a Belted Galloway cow, presented the first of the new crop of calves this morning, a little heifer which, when I first saw it, was curled and looking for all the world like a very small black hole in our top paddock. There is nothing like a birth to remind you of the possibility of perfection here on Earth, but it is a grounded view of perfection, reminding us of the heavy cycle of life and death that we often pretend to ignore as sophisticated people- often living on the protein from these creatures without ever giving any thought to their dignity as fellow sentient beings.

You can't live with a herd of cattle without becoming aware of their sensitivity towards each other, their social relationships, their capacity to feel quite complex nuances of emotion, in general quite a few of the things that we regard as especially human. The more we concentrate ourselves in cities, the more abstract these lives become to us and the less we care to know about the grubby details of their lives and deaths- the births and the slaughter.

I walked over to this sweet little thing with the tools in hand to steal it's sex if I found it to be male- because if that was it's gender, the only future he would have would be to live and grow until big enough to be eaten. As it happens, she was not a bull calf, so she has some chance of living into maturity and having calves herself.

Tonight, wondering if the other cows might be ready to calve, we walked up to the little mob with a nagging doubt about the new calf. She was calm and quite self-possessed, but we hadn't seen her suck. Moving quietly amongst them- with the sort of supportive interest shown by all the other cattle (even the steers), I moved them about to see if the calf would take refuge at the milky place under it's mum, but she still hadn't connected with the working bits.

The defining, memorable moment for me came when, at the right time, I gently lifted the front of the calf and put the teat into her mouth. Half a ton of cow stood stock steaming still next to me, seeming to know my intentions and trusting my interference. We three soon leant into each other as the calf eventually got the hang of it and the cow made soft noises. It was all I could do not to make soft noises too.

Posted by robert.ditterich at 12:27 AM 3 comments:

Email ThisBlogThis!Share to TwitterShare to FacebookShare to Pinterest
Labels: animals

two steaks on the BBQ 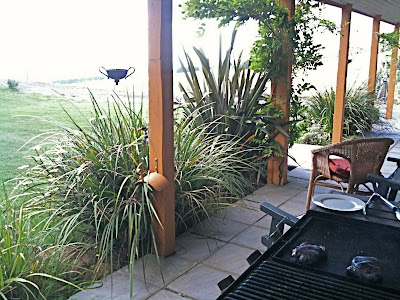 A gob-smackingly gorgeous evening to be out of town. Home in the country feels twice as good as normal on a Monday night. Twenty Degrees C., but a little easterly wind to keep things fresh, just the two of us on yet another Valentine's day. (the steaks weren't as black as they look in the photo) (if anything, Julia's was a little rare) I feel really blessed to be sharing these simple, perfect moments with the person that I attached myself to in my very early 20's.

The boat demands a different kind of focus now. No more mixing epoxy in 80ml batches- it's all about varnish and fittings; finishing sub-assemblies and drilling holes. I've been in this headspace before and I know enough to let it flow at its own pace, and enjoy the process. This sometimes takes a bit of discipline because it is tempting to imagine a few clear days of work to have her on the water. But there is always more in finishing than you can hold in your mind and the end of the process is not worth considering, but the enjoyment of attending to details is... 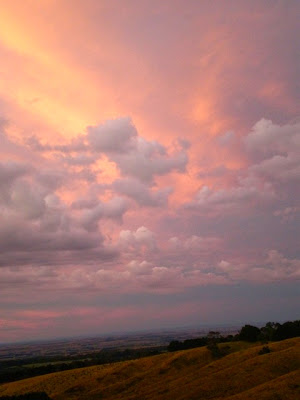 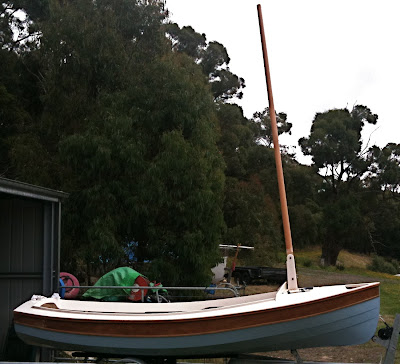 Posted by robert.ditterich at 1:09 AM 2 comments:

Email ThisBlogThis!Share to TwitterShare to FacebookShare to Pinterest
Labels: places 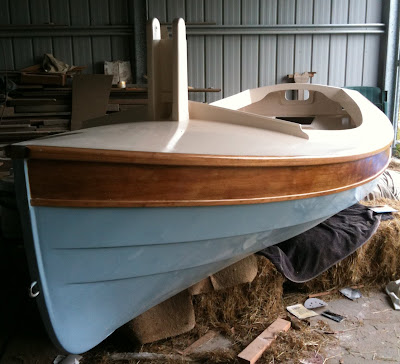 Well, if you have a very little brain, varnishing can seem like a change of pace from painting. So, this is the first coat on the brightwork, even though I haven't finished painting. And for a complete change of pace, I'm making the tiller extension, possibly as avoidance behavior because business is picking up and I feel some slight rise in pressure. The cleats happened because there were plenty of things I should have been doing instead. I sometimes wonder if I'll ever get anything done when I retire, because that pressure to do the right thing won't be there....(this was the sort of mind that sometimes needed the pressure of a deadline to get excited about an assignment when I was studying)

Sometimes it is nice to have an imperative to give energy to a parallel, totally unrelated dreamscape.
Posted by robert.ditterich at 3:20 AM 12 comments: