I was so lucky as a kid. Some thoughts on friendships lost... 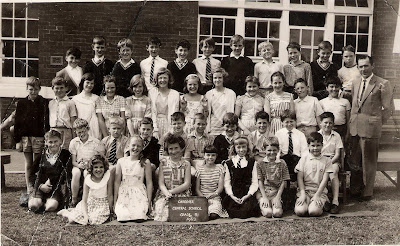 Is it coincidence that I've just found a group of primary school friends from the early 1960's- all of whom I haven't seen or heard from in the intervening decades, at the very time that we have a house and shed almost entirely packed up to move to the other side of the state?

It has caused me to allow some introspection on my relationship with friends, and I think what I'm learning is that even as a small boy I formed attachments based upon specific areas of curiosity. I'm looking at a picture of my grade five group from 1963.

There is Graeme, with whom I had such creative fun writing outrageous plays,  and making language into a recreational tool. I think we loved ideas, but we didn't know that then. We also shared an interest in certain types of cars. Then there is Jeffrey, whom I sat next to in class and visited on weekends. We drew incessantly- but each for an entirely different purpose. I loved to represent things, especially if the drawings could show things working. He loved to draw things to understand how they were put together. We filled pad after pad of drawings, always sharing output. He seemed to groove on my mechanical interests and I lapped up his obsession with human biology. No surprise I ended up in art school and he ended up a brain surgeon. Can't help feeling his creativity did a lot more good than mine ever could. There is another whole story in that friendship which showed me aspects of the post-war world that I never could have seen without someone like him...

Then there were Graham and Wayne who I liked to play cricket with. G was a very good batsman, W was a good bowler as I recall...I was never brilliant with a ball, maybe because of my other interests.

There was Jon who used to be a great mate to make tree houses with, and we made exploding volcanoes in sandpits, and billy carts with so many extra specifications that they rolled over with the weight of them, as well as more mundane ones that simply went very fast. With Geoffrey the following couple of years it was Meccano- we became mini engineers.

Neville and I used to scour the area for miles collecting scrap hession, copper, lead or anything we could sell to the person who would now be called a recycler. We also built things. Made model planes. Flew them in parks far and wide, and sometimes high!

Then there was Lee, and we shared an interest in the mysteries of oil paint, colour and form. Oh and David; we worked out how to make roller-skate wheels into skateboards (he had the wheels and I could shape a plank)...and go very fast down hills before they were even called skateboards.

There were others, but you get my drift. For every interest, there was a friend to experiment with and to see what we could find out.

I was so lucky, and yet I look back and none of these pairings overlapped, each was an entity in itself, a one-on-one exploration of something, and each of those somethings are things that still interest me in one way or another. Then we all went to different secondary schools and became focussed on Important Things on a proper curriculum. But when I finished tertiary study, I think I went back to just being curious, but without the pairings....with a wonderful family instead.

Creative pairings became very difficult as the depth I sought in things became more insistent. It is no accident that the people who made the re-discovery of my early years of schooling possible were female. I hate to generalise, but I'm married to one of those and I've learnt that they often seem to have a capacity for connection to a group that I have always lacked.
Posted by robert.ditterich at 3:49 AM No comments: