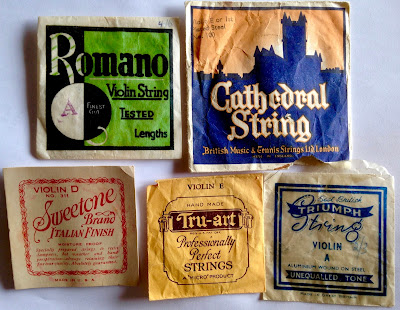 Imagine a time before the internet, before TV even. No mobiles, no digitals, no videos, and not every one had a radio.

Over the years as I restored old violins for people or bought old instruments to restore and sell, I somehow accumulated a bag full of old strings and fittings and rosins from ancient violin cases and never had the heart to throw them out.

Nor did I have a plan as to what I'd do with them. I find them very beautiful, these little treasures bought with Pounds, Shillings and Pence, kept as spares in violin cases as preparation for an emergency change of strings. These are packages that crinkle and make special proprietary noises when they are opened, with evocative images on the front promising tone, atmosphere and quality sometimes stamped with a traditional wax seal. 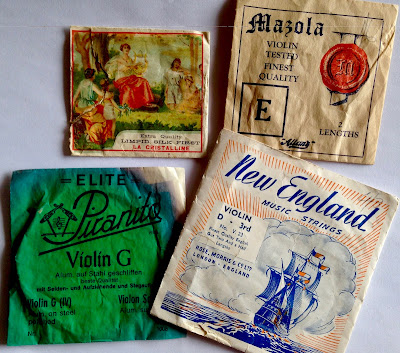 Some of these were bought and sold in the 19th Century. In Australia these were often the entertainment ammunition for families and communities, often played by men, especially if women had access to a piano. I can't imagine how many times I was shown 'Grand Pa's violin' when the case was opened.

For those fortunate enough, the piano was the axis around which many country communities gelled, the background to singing, dancing, romances and gossip, political discussions and rivalry. Sometimes this was a church-based thing, but often just families and neighbours, and the violins came to where the piano lived. Although  also important in city communities, it was arguably less so, given greater access to entertainment in the towns and on the other hand, the nature of rural work and the distances involved in getting together. 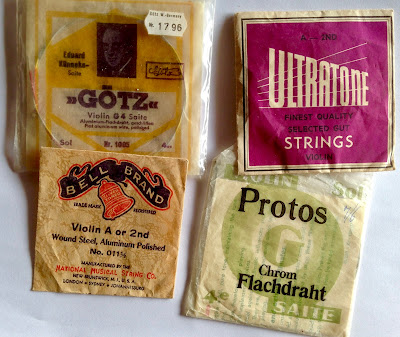 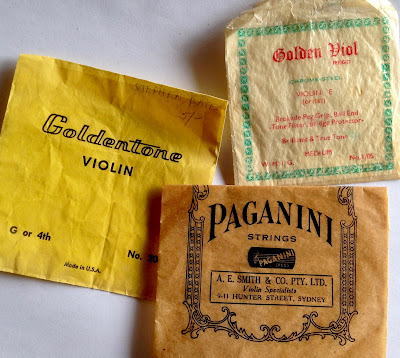 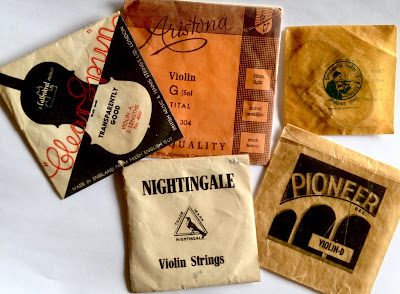 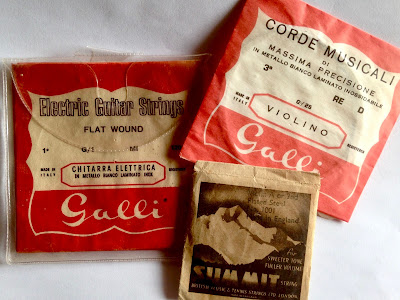 Posted by robert.ditterich at 5:03 PM