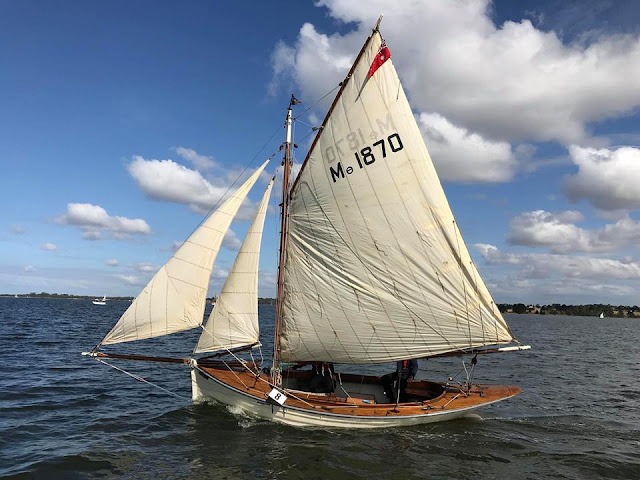 Participating in  classic rallies brings the benefit of having people with cameras shooting at your boat while you are busy having fun. While we are always aware of happy snappers when we sail this boat, we seldom see the photographs, except when photographers are generous on Facebook.

I know the previous owner has some old pictures of Beachcomber, but these below are all I have in my possession of her in former times. She was known for a long time as Alfreda apparently. The photo on the slipway shows her planking quite clearly,  the same as she is now bar the top plank which is detailed slightly differently- it was replaced in the 1990's, as was the rudder. This is Beachcomber at her most ungainly I think. She had a big old motor and a pretty pokey cabin and she carried very little sail. The date is likely to be in the 1930's, and she would have been an old boat by then- sixty-something...pushing seventy maybe. 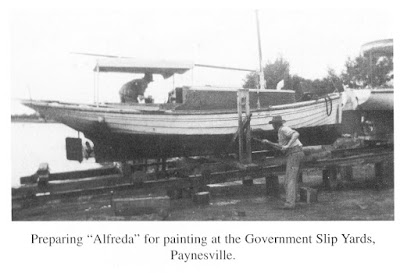 This photo below is also undated, and it is probably earlier than the first pic. It is my belief that she had the cabin added by her last owners before she spent some years at the bottom of the Mitchell river, waiting to be rescued. Below she still has most of her rig and a more sensible engine box, rather like the one she carries now. This may be the period in which she was used as a farm utility, transporting livestock between islands. 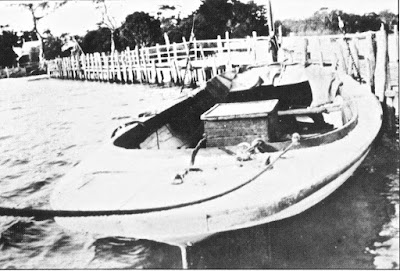 Below I include a bit of conjecture, guesswork even. I have looked at hundreds of photos of old sail boats from this district and this is the only one I have seen which could be Beachcomber. The stem looks right, and there may be a hint of counter stern in it, and the balanced lug was common in Paynesville. Whether this is of Beachcomber, or Alfreda or another boat entirely it is likely to be a hundred and ten or twenty (or more) years ago that this was taken. Even then she would be a thirty or forty year old boat at the time. 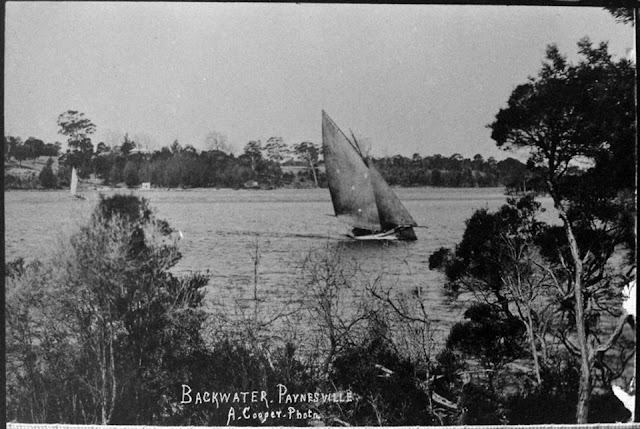 Posted by robert.ditterich at 2:30 AM