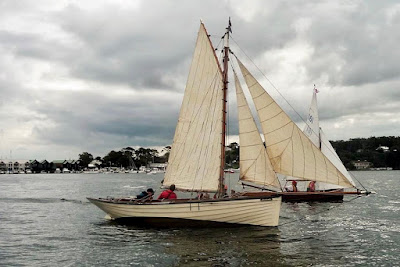 Chris Furey recently shared some old photos from one of the 2011 series of Metung Old gaffer races, and I thought I'd show them here, since Beachcomber was a participant. I feel a bit guilty that she hasn't competed recently, but her skipper nowadays struggles to find any interest in anything called a race, preferring less competitive pleasures. The guilt associated with this is  because the spectacle of the old timers jousting on the water is a spectator sport of merit....maybe one day I'll rediscover my adolescent competitiveness sufficiently to put aside my doubts about grown people trying to go faster than other grown-ups. For some reason I often overthink things that most people take as being perfectly reasonable.

Anyway there are some lovely boats here and you will see that the race was sailed in very light conditions. 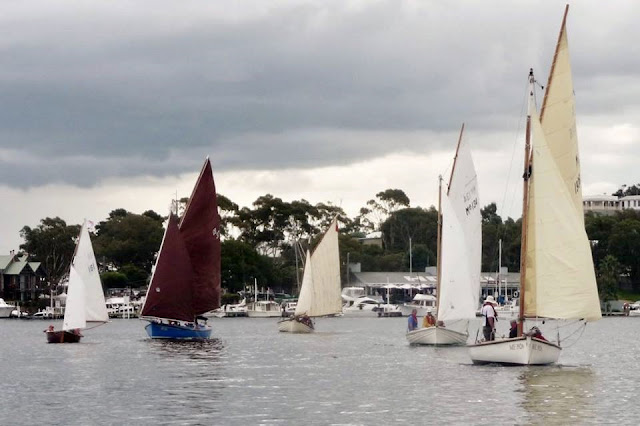 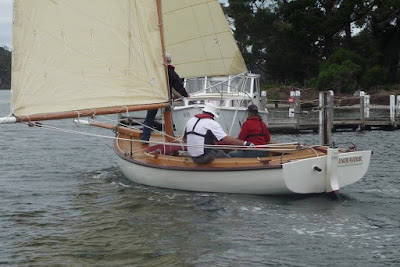 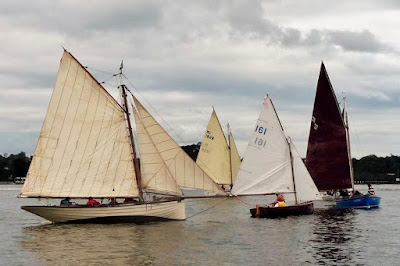 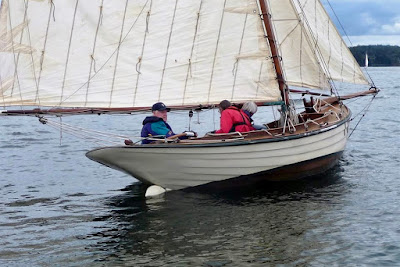 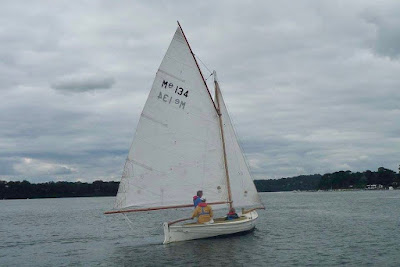 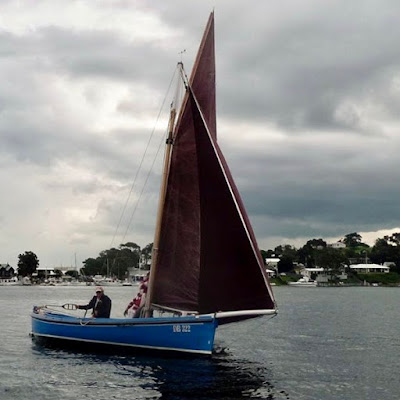 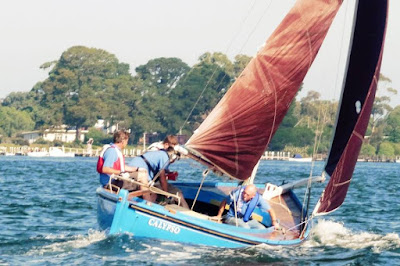 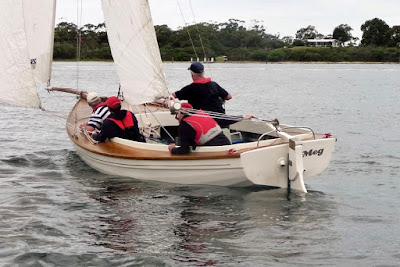 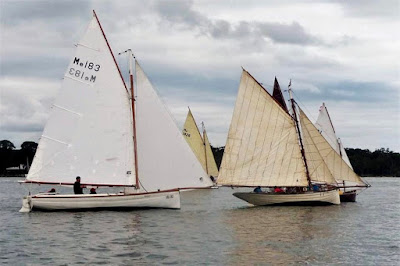 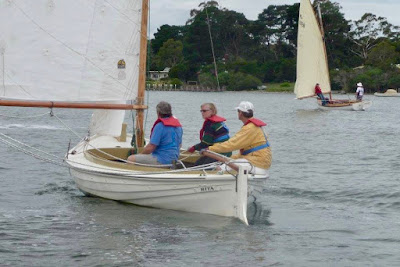 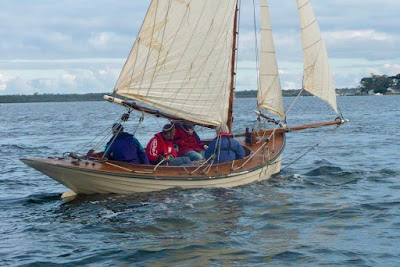 Posted by robert.ditterich at 2:24 AM