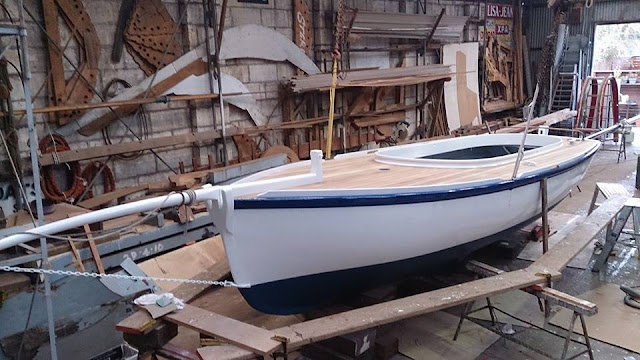 Garry Stewart is a fine professional boat builder, working on the Moyne River in Victoria's west, and he has recently restored this 20ft couta boat in what he describes as a refit and a new laid deck. This is quite small by 'couta standards but is a lovely no-nonsense hullform of rather beautiful proportions. 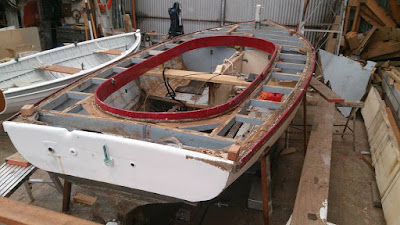 Garry wrote that she has a length of 20 ft, a  beam  of 7ft 6'' draft 2 ft 6'' and was  built by Peter Locke boatbuilder at Queenscliff around 1935-1940. She has a lug rig, centre case with 3/8'' steel centre plate, planking and ribs are New Zealand Kauri. The new deck is Iroko, new combings King Billy pine, and is powered by 20hp Volvo diesel.  He added that as she has lifting eyes for and aft she would have worked from Lorne or thereabouts on the Surf Coast where it was usual to lift boats onto the pier for storage between fishing trips. 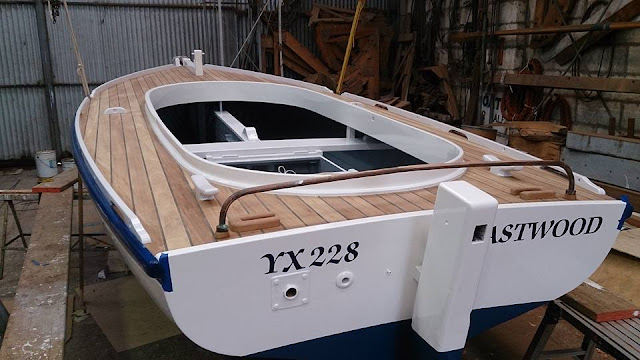 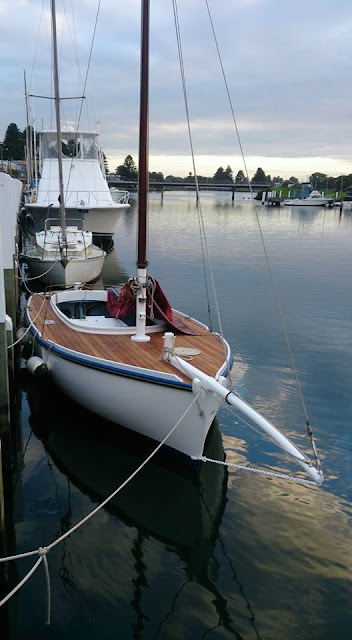 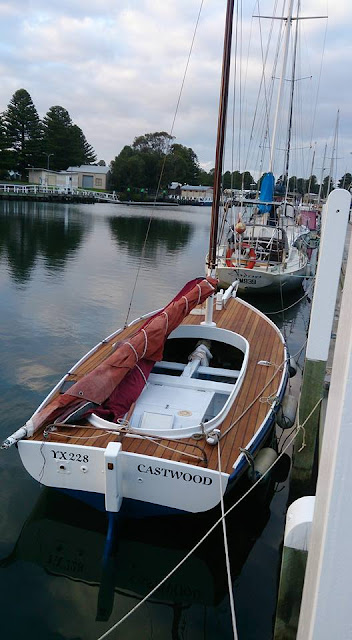 'Castwood' (ex 'Dolphin') on the lovely jetty at Port Fairy

Posted by robert.ditterich at 7:15 PM